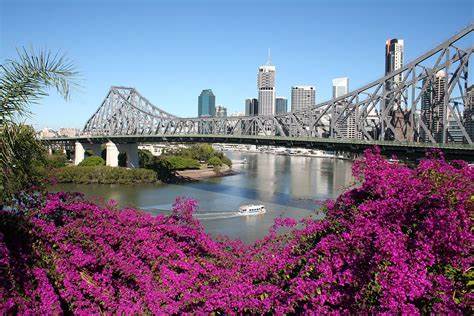 * Allied Health Services Near By

* Relocating? We may be able to help with arrangements.

The City of Brisbane is a local government area (LGA) which comprises the inner portion of the metropolitan area of Brisbane, the capital of Queensland, Australia. Its governing body is the Brisbane City Council. Unlike LGAs in the other mainland state capitals (Sydney, Melbourne, Perth and Adelaide), which are generally responsible only for the central business districts and inner neighbourhoods of those cities, the City of Brisbane administers a significant portion of the Brisbane metropolitan area, serving almost half of the population of the Brisbane Greater Capital City Statistical Area (GCCSA). As such, it has a larger population than any other local government area in Australia.[4] The City of Brisbane was the first Australian LGA to reach a population of more than one million.[5] Its population is roughly equivalent to the populations of Tasmania, the Australian Capital Territory and the Northern Territory combined. In 2016–2017, the council administered a budget of over $3 billion,[6] by far the largest budget of any LGA in Australia.

The City derives from cities, towns and shires that merged in 1925. The main offices and Central Library of the Council are at 266 George Street, also known as Brisbane Square. Brisbane City Hall houses the Council Chamber, the offices of the Lord Mayor and Deputy Mayor, meeting and reception rooms and the Museum of Brisbane. reference From City of Brisbane - Wikipedia

*If you need any information regarding this position or any other positions available in Australia, Please contact MSRA (Med Staff Recruitment Australia)*

Please note only applications directly through MSRA will be accepted.

If you need any other details about this job, please get in touch with us either via email or contact number as below: enquiries@msra.com.au
+61 410 863 301

You will hear back from us within 24 business hours
WHY MSRA?